The Witness of the Book of Mormon, Part 2 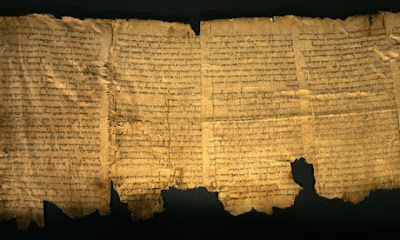 What is key to understand is that the Bible is a collection of individual books. These books were selected over the years, eventually comprising what we now know as the Bible. The two main divisions of the Bible – the Old and New Testaments – can be viewed as old and new covenants with the covenant people of the Lord (and with the broader world). This is not strictly true because the “new covenant” was largely the original “oldest covenant” (although there were some differences – animal sacrifice being one of them. Adam offered up sacrifices unto the Lord); when Moses was called to restore the covenant that had been lost during the years of the captivity of the Israelites in Egypt, he found that the people were slow to listen. They had grown stony hearts in Egypt, hearts that yearned too much for the deaf but permissive idols of the Egyptians. [Image source].

The Lord, understanding the hardness of His people’s hearts, restored unto them through Moses, not the covenants originally made with Adam but a new covenant of strict ordinances and laws – a covenant that would command them in many things but ultimately prepare them to receive the higher and original covenant. It was not until the coming of the Savior upon the earth that the new covenant was made (or, more closely, re-introduced). However, this new covenant was quickly lost from the earth. The priesthood, which allowed the ordinances of the covenant to be performed with true authority, was lost. The people apostatized. The covenant would not be known in its fullness until the Lord started revealing it unto His prophet Joseph Smith in 1820. That restoration took a number of years before it was complete. Our living prophet continues to receive more light from the Lord. We live in a day when we have the fullness of the gospel, a thing that never occurred before on the earth, at least not in the general and widespread manner it is today.

As Latter-day Saints we have the Bible. We revere it and love it. We follow its teachings and place it first in our canon. Elder Ballard spoke these words about the Bible at General Conference in April 2007,

“It is a miracle that the Bible literally contains within its pages the converting, healing Spirit of Christ, which has turned men’s hearts for centuries, leading them to pray, to choose right paths, and to search to find their Savior. The Holy Bible is well named. It is holy because it teaches truth, holy because it warms us with its spirit, holy because it teaches us to know God and understand His dealings with men, and holy because it testifies throughout its pages of the Lord Jesus Christ. Abraham Lincoln said of the Bible: ‘This Great Book . . . is the best gift God has given to man. All the good the Saviour gave to the world was communicated through this book. But for it we could not know right from wrong’ (Speeches and Writings, 1859–1865 [1989], 628).”

We do not, however, view the Bible as the breadth, width, and depth of God’s words to His children. The Bible is a collection of the words of prophets. That is what makes it special! It is a record of the revelations given to prophets over thousands of years. Surely prophets received many other revelations that are not recorded in the books of the Bible! We know that the Savior taught many things are not contained within the Bible: “And many other signs truly did Jesus in the presence of his disciples, which are not written in this book” (John 20:30); “And there are also many other things which Jesus did, the which, if they should be written every one, I suppose that even the world itself could not contain the books that should be written. Amen” (John 21:25). While John was using hyperbole, the underlying meaning is true – there are many things that the Savior said and did that are neither contained in John’s writings nor the writings of the other prophets.

There are many things Jesus said and did that we do not have in the Bible. This is true for all the prophets throughout history. Scrolls and tablets and other things to write on were relatively expensive and difficult to manage. Scrolls decomposed quickly, parchment was very expensive, and tablets or plates were awkward. In addition, not every one could write. Many prophets lived in circumstances where they traveled a lot or they had other things to deal with – wars and families and employment. The words and prophecies that were recorded were selected because they were the most important or they were selected because they survived time, or both. It is a miracle we have the Bible as it is!

Link to part 1 of this essay.