The Light of Truth – Part 4 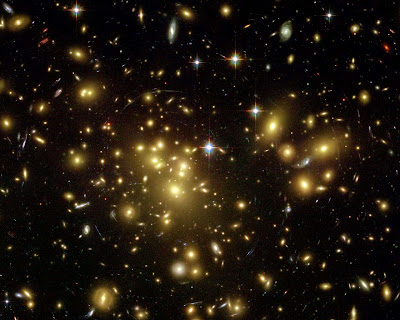 In this manner is intelligence, as used in the scriptures (as something that can grow and progress), quite different from how psychologists understand it (as something that is usually quite static), which is not necessarily wrong, just different. I briefly mentioned earlier a few ways people secularly define intelligence. One theory I particularly like is based around an underlying global construct of intelligence, referred to as Spearman’s g. This general intelligence can be quantified, assuming we understand all the components of it, by a single value. Why I like this theory is because it seems to fit with scriptural and prophetic references to intelligence, especially as found in the book of Abraham: “If there be two spirits, and one shall be more intelligent than the other” (Abraham 3:19).

This seems to mean that we all can be ranked according to our intelligence – there is someone less and more intelligent than you (unless you happen to be at the very bottom of the rung {or at the top but God is at the top}; even so, I don’t believe intelligence is limited to humans, so even the not brightest spirit has animals below him! However, as I stated before, one of the great blessings of the plan of salvation, of God’s plan for us, is that even the most humble intelligence can progress and grow and gain an intelligence like God’s according to the grace and mercy of God through Jesus Christ). Because we can be ranked according to our intelligence, a unitary measure of intelligence seems the most concise way of ranking; hence my affinity for the concept of g. Additionally, I like to simplify things as much as possible – simplicity is often beautiful.

I want to return to the concept of intelligence as the light of truth. Light is an interesting thing. It exhibits properties of both a particle and a wave. Light has a dual existence – the duality of the wave-particle. We too are dual beings – spirit and body (not that our spirits are waves or our bodies particles but we have dual existence). Light has a set speed in our universe – almost 300,000 kilometers per second. Light, as particles called photons, has energy. In fact, light is part of the equation of the relationship between energy and mass: E=mc^2. There are other physics equations that describe the properties of light waves and particles. They are not the focus of this essay.

Light is energy. It gives power and force. In fact, photons are what allow the electromagnetic force to work – they carry the force that binds molecules together. Without light, without photons, atoms could not stay together in molecules. Without photons, all creation could not exist in an ordered state. Light is a powerful force in the universe. When we learn that intelligence is the light of truth, we can change the words slightly to say that intelligence is the power of truth or the force of truth. Intelligence just might be part of the basic power of the universe. I believe that intelligence is light and light is intelligence! It’s no coincidence that we refer to people who are (or at least seem to be) more intelligent as bright.

I am grateful for a loving Father in Heaven who instituted a plan whereby all mankind might be saved by obedience to the laws and ordinances of the gospel and through the atoning blood of Christ. He blessed us with portions of His intelligence – His light – and mapped out the way for us to progress to the perfect day where we may gain intelligence like His. Regardless of our abilities at this stage of our lives, we can grown and learn and shine. We lived and learned before this life; we live and learn in this life; we will live and learn in the next life. I pray that we might strive to remember what we were taught before we came to this earth. I pray that we will remain true to our eternal selves – that part of us that came to earth “trailing clouds of glory” (Source). I pray that we might seek to improve upon our talents and intelligence, even if we were only given a little (see Matt. 25:14-30) so that our Father might say unto us, “Well done, good and faithful servants.”

Link to part 3 of this essay.